One of the most unique grocery stores in the Upper Peninsula of Michigan is Angeli’s located in Iron River. I get 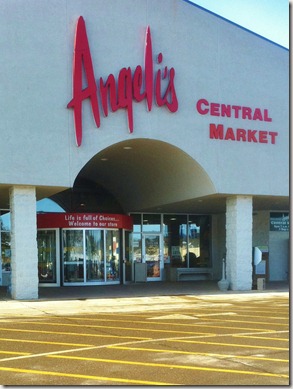 a chance, 2-3 times a year, to stop in and quickly shop. As the name implies, yes it has a very wide selection of Italian imported items, displayed throughout the store, and especially just before you get to the checkout.

One of the many interesting meat offerings, is Porketta. I had never heard of it before. But it is commonly found in grocery stores in Wisconsin, Upper Michigan, and Minnesota at certain times of the year, and  in Angeli’s, all year round. It is a well  marbled, moist, spicey boneless pork roast. I have made my own and bought Angeli’s prepared roast. I found success both ways. I use my crockpot and cook on high for 4 hours, basting it in its own juices throughout the cooking time. Half way through I add potatoes, yellow and orange carrots, a fennel bulb sliced and onions. Cooking in a crock pot keeps the juices in so that it does not dry out. The delicious aroma of fennel, garlic and rosemary fill the house as it cooks. 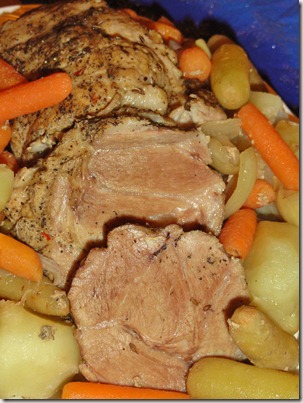 freezer. Combined with Ash Wednesday eve and some good news that Jon had, it became a celebratory meal.

The roast is popular throughout Italy, but originated in the central part of the country. It is saved for special holidays and celebrations, but can also be found as a popular street vendor sandwich. As for here in North America, Porketta was brought to the iron ranges in both Minnesota and Michigan by the Italians. The Cornish miners took pasties down into the mines and the Italians took porketta sandwiches. If you have never tried this particular roast I highly recommend it.

I have included some porchetta variations that you might want to try. Ciao!

P.S. I am always interested in any feedback on any of the following recipes you may try.