Locally, A Year Of Loss 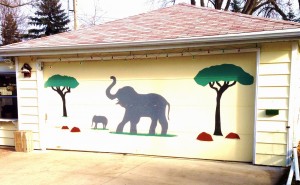 Our young couple with their one year old son, to our south moved to the North Woods of WI in September. It was fun to get to know them and eventually their little boy. But sad to see them move away.  But more tragically, my neighbor to the north just passed away last night. Lois was unable to recover from a quick onset illness that happened in October and the lingering effects continued long into November, sadly.

Everyone knew Lois. She is one of those colorful people you don’t forget. Even though she was a tiny lady, she was larger than life. When we first moved here, four years ago, she quickly came over to meet us and our friendship began. One of the first things she gave me was a tall candle in a glass, just in case we lost power.

I will miss seeing this perky little 80+ lady walking her dog Pee Wee everyday around 3 pm, you could almost set your clock to her.  She loved the neighborhood little children. I often thought she liked to walk around 3 pm because kids would be walking home from school, and she and Pee Wee would be able to say “HI” to them. Lois was often the first person to meet new people moving into the neighborhood and could tell you all about them. Her afternoon dog walks allowed her to chat with neighbors, keep up on the local gossip, and the goings on in the greater neighborhood.  Fridays, she and her husband Pete often went out for supper, so she would take Pee Wee out for his walk first, decked out, from head to toe: dangling earrings, a sporty hat, and high heeled boots. Many of her dazzling outfits were deals she found at area rummage sales.

The year Jon’s son married, I had purchased a black floppy hat to go with the dress I was going to wear, since the wedding was going to be outdoors in the midst of summer. Lois wanted to see it all, the dress and the hat. Then later in summer, Lois, too had a wedding to go to, and asked to borrow the same hat, since the ceremony was going to be outside. She liked hats and wore them well!

Mondays were marked with Lois doing her laundry and hanging out her sheets on her backyard clothes line. She was the epitome of the nursery rhyme:

Wash on Monday,
Iron on Tuesday,
Mend on Wednesday,
Churn on Thursday,
Clean on Friday,
Bake on Saturday,
Rest on Sunday

AND on Sunday, she did indeed rest, she went to church and you never saw her, until she walked her beloved Pee Wee in the afternoon.

Both Lois and I loved flowers. How could I be lucky enough to land in Appleton next to neighbor who loved growing flowers as much as me? We often checked out each other’s flowers and compared what was currently blooming. She LOVED flowers real and artificial. Every spring she would bring out her tubs of artificial blooms and decorate the fence surround her back yard. Then once the frost was gone, she would bring out her many cacti. She loved my yellow evening primroses, this year I gave her some for her front yard. She liked to take fresh flowers to the cemetery in May around Memorial Day, to her son’s grave. She sometimes would ask if she could cut some of the primroses or the purple irises in the backyard. She really liked the flowers I put in my front step planters this year. She kept telling me they were so beautiful ( just begonias and coleus). When I was gone in August for 3 weeks, she kept her eye on them and secretly watered them while Jon was at work. (Jon was supposed to be doing that). I remember this Fall she reminded me to dig up my dahlias. She and I both seemingly, mind-melded and planted dahlias this summer.

She often asked Jon if I was OK when I was on a trip back to Michigan.  He said one day she about gave him a heart attack. He had just returned home from work and pulled into the driveway and turned the car off, and suddenly there was a tap, tap on his window. There was Lois, wondering if Jane was OK. Our phone conversations often were marked with “Lois asked about you”. Very sweet.

She was a plucky lady, in the Spring until Fall, you would often see or hear her zooming off on her red Moped to check out area rummage sales, go to a nearby store, or the local farmer’s market. I often chuckled to think of her age and what she was able to do, rather remarkable!

She looked forward to my return from my home in Michigan; on each trip I always made sure I brought her a fresh cherry pie from the Cherry Hut. You would have thought I brought her a million dollars. Whenever I left for Michigan she would be outside and waving good bye to me or personally come over and say good bye. She always worried about me driving so far by myself. One time she brought over a tiny wooden elephant. She said it would bring me good luck and keep me safe. I later found out she collected elephants. The year I went to Germany, she asked me to bring her back a tiny elephant souvenir. So when I was in Oberammergau, Bavaria, Germany, I found a tiny elephant carved out of a walnut. She loved it. Lois has kept her husband Pete busy throughout the years using his artistic talent to make wonderful yard art and to keep it touched up and properly painted each year. Their garage door is a testament to his talent and her love of elephants.

If I had too much of a meal or dessert, I would, on occasion, take them some. Lois too, brought us over little desserts, the last was a rhubarb one or if she had extra vegetables from her garden we would get some tomatoes. Two years ago we had an excess of raspberries coming on and we were going to be gone, so we told her to help herself. She loved raspberries.

I wanted to write this down so that I would remember her always. Most neighbors keep to themselves, but she was different, and defined the word “neighborly”. She leaves behind her family, her husband Pete, her dog Pee Wee, her parakeet Elvis, but joins her son in Heaven, who passed so many years ago. God must have needed Lois to tend to his many gardens in Heaven.