In a previous writing I spoke of how my growing up years helped foster an admiration and curiosity about aviation, but not curious enough to learn to fly! Moving to Appleton, I found that I live just few miles from a regional airport and just 30 minutes north of the internationally famous, EAA AirVenture Fly-In, in Oshkosh, Wisconsin.

Now that both Jon and I are Amateur Radio enthusiasts, we have many local airport 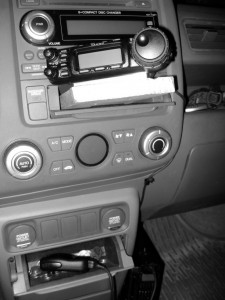 presets on our mobile ham radios so we can listen when we are out and about in our vehicles. (Yaesu FT 857 D).This was very cool to use a week ago, as the thousands of planes began coming in to Wittman Airfield in Oshkosh, Wi for EAA

AirVenture (Experimental Aircraft Assoc.). Jon and I parked in a motel lot along the north Wittman runway and flipped on the radio to listen to the tower give incoming planes their colored landing dot, the command to  rock their wings if they understood, and then land and move off A.S.A.P. into the grass to the south of the strip. Planes were landing on the runway  every few seconds, one after another. All kinds: RV’s (home built kits), Mooneys, Bonanzas, Cessnas, all sorts of vintage planes, too many to mention. There are 4 runways at Wittman and the tower has as many as 8 people either watching or directing in-coming and out-going traffic non-stop. There is a great sign on their tower “Busiest Tower in the World” , which it is during EAA week. The numbers are still out, but EAA officials believe this year breaks the previous record for the number of planes at EAA fly-in: 12,000 for 2011!

You have to understand this is an International event, flight lovers from sixty countries attend. Families and individuals fly in and camp with their plane, others camp on the grounds to be on-site 24/7, and many stay at nearby  local motel and hotels, which is great for the economy. You may wonder why over 500,000 people attend this annual fly-in convention.  There is the historical aspect of flight, the engineering and design changes over the 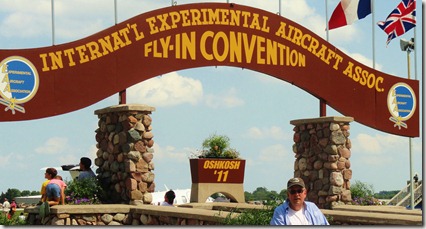 years, flight 1sts, military reunions, exhibits of military aircraft in War Bird Alley and brightly colored vintage aircraft, amphibious planes, movies, concerts, symposium and forums on various aviation topics, and of course the highly attended daily “AirVenture” air shows (Sat.evening has a night show and fireworks). So many topics and interest to pick and choose from. If you can’t make EAA, then on the grounds is an incredible museum that is open all year that is a tremendous exhibit venue dedicated to flight.

My favorite picks for this year at EAA AirVenture: the cutting edge Boeing 787 “Dreamliner” that came for the day on Friday from the state of WA. Also it was a thrill to see and hear FiFi the B-29 Super Fortress bomber take off on Sunday. She is the only flying B-29 in the world and is a sister ship to the Enola Gay, the 1st bomber to drop an atomic bomb during a war, on Hiroshima, Japan. To me, the sound of its powerful engines running was similar to the timing you hear on a tractor but many, many times louder. Another pick is the F-18 Harrier, which we missed at the Cherry Festival this year, but luckily caught  yesterday during the EAA’s air show. Doing the walk through of the displayed  vintage planes with 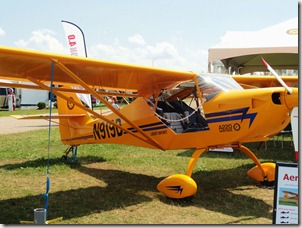 their bright colorful paint and  different designs are something to behold and admire. It is like a beautiful garden of planes.

Over the years, I have dragged my two boys to see air shows and watch the deafening take offs of the Blue Angels at the airport and tour the Wright Brother’s National Memorial in Kill Devil Hills, North Carolina. Likely I have passed down the thrill of watching and appreciating aviation. I look forward to next year, as EAA will be bringing in the  surviving  historic Tuskegee Airmen. That should be interesting, and perhaps dictate some advance reading.

I have gotten rather windy on this topic, but hopefully you see the connections and why it’s nice to have EAA in our “backyard”.  ( My part 1 blog, incase you missed it  http://wp.me/p1oBA7-vq)

RSS feed for this post (comments) · TrackBack URI
Previous Post
« My Name is Jane and I Am An Aviation Junkie Part 1
Next Post
Music in the Park-Celebrating Summer Under the Stars »
janeofwisconsin.com blog
Bombax Theme designed by itx
Content Protected Using Blog Protector By: PcDrome.