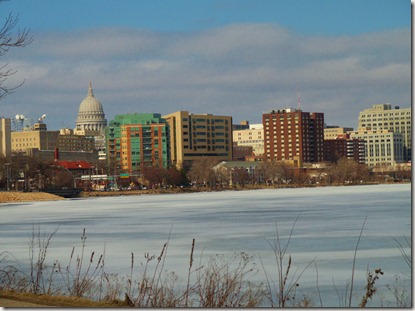 Sam Stein of Huffington Post (yes a liberal on-line news source) uses this quote in response to citizen political action in Wisconsin : “I think that the governor (Scott Walker of WI) really did wake a sleeping giant,” said Justin Ruben, Executive Director of MoveOn.org. “People feel that what happened was not just a horrible attack but the courage of regular people standing up and getting in the way. That was what electrified folks. It was the first time we had seen anything like that.”

The phenomenal amount of funds being raised to recall 8 GOP WI senators, is unprecedented. They are suppose to be the people’s voice and vote, but they are not listening. In contrast, 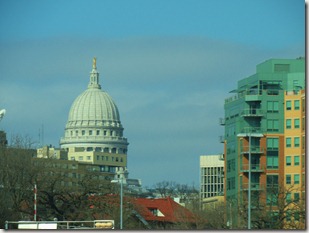 the conservatives are not putting forth the same support for recall of the “Madison 14”, senators who boycotted the Budget Repair Bill by going to Illinois for 3 weeks. The GOP feels secure “that there are people at home who support them.” Hmm. We’ll see. The people of WI are not going to go back home and forget about the slick legislative move of our new governor that affects countless citizens of all ages. The protests continue and swell into the tens of thousands on the weekends. Last weekend, as we drove into the city, my first time, we circled the capital to witness  families, students, and seniors taking the state government decisio 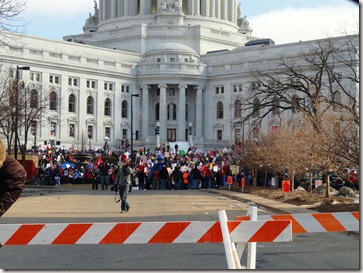 ns to the streets and the steps of the capitol building to show their disapproval. 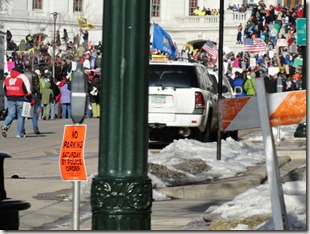 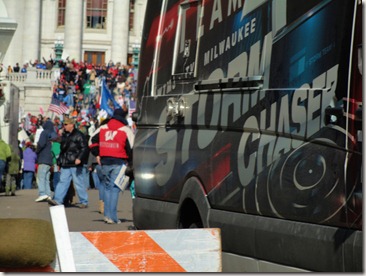 We were leaving town, as the rally was just getting started, crowds  were estimated around 70,000 by the peak of the afternoon. The senators who left the state spoke, Tony Shalub, a De Pere native, and a member of the Screen Actor’s Guild, also spoke in support of unions in WI. April 4th is the anniversary of Martin Luther King Jr.’s assassination, and promises to fuel another big weekend rally.

People are doing what is comfortable for them to speak out. Jon and I smiled as a little old man passed us on our way home with a bumper sticker that very simply expressed his dis 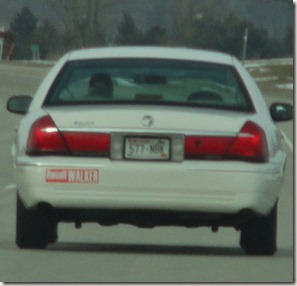 content “Recall Walker”. Well that can’t be don e for 1 year, but I am sure plans are in the works as I write this.

Upon our arrival at home, Jon checked our mailbox, and my local newspap er from a small community in NW MI had come. I was pleasantly greeted, but not surprised to see some of my former colleagues with a large picture at the bottom of the front page of the feeling secure “that there are people at home who support them.” Hmm. We’ll see.paper with a caption “Solidarity: Teachers from Benzie Central show support to their Wisconsin brethren by protesting the Badger state’s governor’s “attacks” on public sector unions.

In closing, a friend sent me this message last weekend in response to Michigan’s governor pushing through a “Financial Martial Law” package of bills : Really? I thought Republicans were about local control and small federal and state governments?“ Well, apparently NOT! A humble observation, if it is not their way, it is not right.